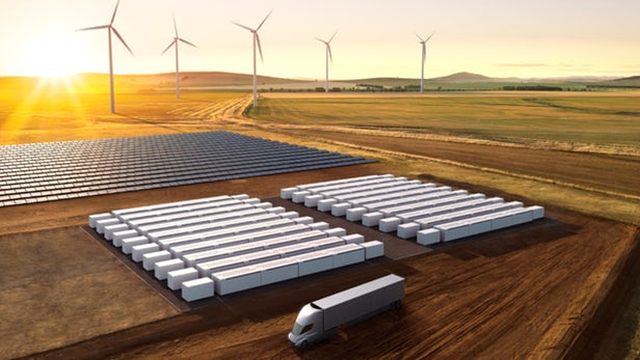 Two short years ago, Tesla pieced together the world's largest battery for the state of South Australia, and with great effect. The company is continuing its moves in this space with a massive new battery dubbed the Megapack, of which it says enough units can be linked together to take energy storage into the giga-scale realm.

The 129-MWh facility Tesla built for South Australia is the largest lithium-ion battery in the world and proved its worth within a month of being booted up, swiftly injecting 100 MW into the national grid following a fault at a major coal-fired plant. This averted the need to fire up comparatively slower and more expensive back-up options when the grid is overloaded.

These are known as peaker plants and, according to Tesla, can cost millions of dollars a day to operate, are far less efficient and pollute far more than regular power plants. The newly released Megapack is designed to displace these peaker plants by storing clean wind and solar energy for use during peak times...

Read Full Article at Source Back to Articles